Violations and crimes in “Iska”, kidnapping of two families and arbitrary arrests, transfer of quarry stones to Turkey, child victims

The continuing violations, war crimes and crimes against humanity, and the continuing demographic change in the Afrin region are clear evidence that they are a translation of systematic hostile policies against the Kurds in general, and the level of these crimes has not decreased for three years, including:

It is located in a flat plain of agricultural land, 35 km away from Afrin city center in the south, and it is composed of 310 houses, and its Kurdish people were displaced during the Turkish aggression towards the city of Afrin and then abroad, only / 120 / families returned from them, / 190 / families of those brought in instead of the forcibly displaced were resettled.

The following belong to the village:

– Kaniya Dinke farm, which consists of / 50 / houses, and its residents are Kurds and Arabs.

– The “Qarseq” farm, which consists of / 70 / houses, its residents are two Kurdish families, and the rest are Arabs, most of whose men joined the militia of “Nur al-Din Zangi” after the occupation.

The militia controlling the village is the “Sham Legion”, and during the invasion of the village, they stole the contents of most of the houses, including household appliances, electrical equipment, copper and glass utensils, gas cylinders and supplies, most of the irrigation water pumps and agricultural tools, in addition to tractors and cars, especially those that their owners left in the city of Afrin, including a car of “Joan Rashad”, and about seven motorcycles, and the equipment of an iron bending factory belonging to the citizen “Ahmed Omar Hamo”, who brought them from the city of Aleppo to the village years ago in order to protect it.

Militia leaders also seized agricultural lands belonging to forcibly displaced citizens, including: the Siviko family (from the neighboring village of Jalme), Haydar Sobhi Mesto, and the late Aref Ibish, who they seized all his property and house for two years, some of which his wife recovered after returning from Aleppo without being able to retrieve her home, which the militia converted into a military headquarters.

The Legion also took the site of “Hirshe Mile” – north of the village, a camp to train its members, where a child from the recruiters of “Anjara – Idlib” was injured by bullets fired randomly, and the site was exposed to the unfair cutting of most of its trees in order to log and equip the camp.

The people of the village were subjected to various violations, including the arrest of about / 30 / people, and more than once, as they were imprisoned for / 2-6 / months, under the pretext of their relationship with the previous Autonomous Administration, and they were released after being subjected to insults and payment of fines or ransoms, and the citizens -Jeker Abdo Mamo since March 2018, Ali Ramadan Alou, who was wounded during the bombing at the beginning of 2018 are- still “Forcibly disappeared in Al-Ra’i prison – Al-Bab area, and also the citizens” Hussein Sido late March 2018, Walid Maamou since March 2018, are forcibly disappeared in the village prison of the Legion.

Those who possess previously licensed individual weapons were also required to surrender them or pay hefty fines, in a new method of provoking residents.

– About six months ago, the citizen, “Khalida Ibrahim / 62 / years-old, wife of the late Muhammad Murad Bayram,” and her daughter, “Vian Muhammad Bayram / 23 / years, with her child / a year and a half /” were kidnapped from their home in the Tahtani neighborhood in Jenderes city, and then take over the house with everything in it, and their fate is still unknown, as local sources suggest that they were kidnapped by the “Sham Legion” militia.

– More than two months ago, the citizen “Jaafar Muhammad Khalil / 60 / years old” and members of his family “wife Fidan / 50 / years old, his daughter Maryam / 18 / years old, and his son Muhammad / 16 / years old, were kidnapped from their home near the Marate roundabout – Afrin City, that neighborhood controlled by the “Ahrar Al-Sharqiya” militia, and they are from the village of “Satya” – Mabata / Maabatli, and their fate is still unknown.

He had been beaten and tortured on a previous time by the militias, although he was an employee of the occupation authorities, as it is likely that local sources transferred them to Turkey by the Turkish intelligence.

– On 4/8/2021, the following citizens were kidnapped: Battal Fathi Battal / 42 /, Shiro Muhammad Khalil / 23 /, Hassan Ahmad Arja / 22 / years – released on the same day, Hussein Omar Abroush / 35 / years old Released on April 12, Khalil Muhammad Ali / 21 / years old was released on April 11 from the residents of the village of Basuta – Sherawa, by the militia of the Hamzat Division, and they were detained in its own prison between the villages of Basuta and Burj Abdalow the fate of two of them is still unknown, without their relatives daring to disclose other details, as it is likely that a ransom will be imposed on them under fabricated charges.

– On 4/14/2021 AD, the armed checkpoint at the Junction of Azaz arrested two citizens, “Muhammad Hamo son of Muhammad / 53 /, and Muhammad Alou son of Ali / 60 / years old” from the town of “Maidanki”, while they were on Monday heading there.

The first was released on the same day, while the second remained in detention under the pretext that his name is similar to that of a wanted person.

– Since the beginning of the occupation of the region, the militias of “Legion al-Rahman and Liwa al-Mu’tasim” have seized the stone quarries in – Liloun Mountain- the section overlooking the village of “Qibar”, and established / 20 / workshops for quarrying stones and the production of the sculptor and the remains of the rough and fine gravel used in construction work for ages, the rocks were transported to sawmills in Afrin and other places to be cut and operated according to many uses and measurements (facades dressing, tiling, decorations, sun breakers, kitchen supplies, decorations, sidewalk stones, etc.) or as carrier stones, and placed in wooden pallets to be transported to Turkey by trucks; This is considered theft of public property and national wealth by the occupation authorities and their loyal militias.

– On Sunday 11/4/2021 AD, a landmine planted in a land between the villages of “Kalouta and Mazen” – Shirawa, which are currently under the control of the Syrian army, exploded, killing two children, “Diyar Hamo Hussein / 11 / year, Azad Ibrahim Hussein / 12 / Year, and the two children, “Hussein Ibrahim Hussein / 9 / years, Nasreen Muhammad Hussein / 12 / years, were wounded while they were grazing sheep, and they were from the village of Mazen / Zuq Al Kabeer”.

– On Friday 16/4/2021 AD, another mine planted in a land north of the village of Kalouta exploded, wounding the citizen, “Ramadan Muhammad Aliwi / 28 / years,” with varying wounds, while the child, “Ramadan Jamil Aliwi / 13 / years old,” was seriously injured in an unstable condition in a hospital in Aleppo, and they are both from the village.

– On 4/12/2021 AD, a military vehicle was detonated while passing through the checkpoint of the village of “Turenda” – the southern entrance to Afrin, killing one member and wounding five others, who were transported to Turkey.

– On 13-14 / 4/2021 AD, clashes took place between two groups of “Sham Legion” militia in the town of Meydanki, due to differences over the sharing of looted property, resulting in the killing of two and wounding others.

The people of Afrin, do not lose hope in liberating their region from the Turkish occupation and its mercenaries from terrorist militias, but rather they cling to their cause and defend it steadfastly and resolutely.

– Hirshe Mile camp – north of the village of Iska.

The kidnapped “Khaleda Ibrahim”, from Jenderes. 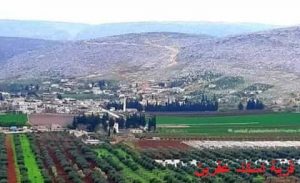 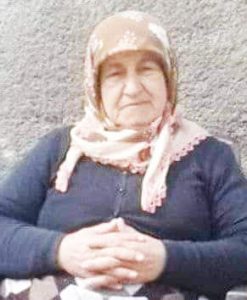 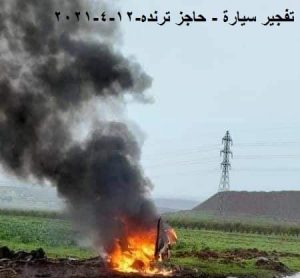 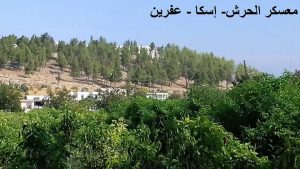