Any observer of the scale of daily practices, violations and crimes committed by terrorist militias operating under the name of the “Syrian National Army” pro “Syrian Interim Government” with the direct supervision of the Turkish intelligence, can realize the extent of injustice, suffering and tragedies that the indigenous people of Afrin have been facing since the occupation of the area by the Turkish army in March 2018 until this moment. The aforementioned practices and violations aim at eliminating the Kurdish presence in the region and erasing their historical and cultural identity under the pretext of (protecting Turkish national security). This argument is far from fact and reality; and can be easily refuted as the Turkish borders with Afrin, on the Syrian side, did not witness any attacks or security or military encroachments during the reign of self-administration. On the contrary, those borders witnessed an unprecedented relative stability unlike the borders in other areas controlled by the opposition militants and jihadists since 2011. The violations are still continuing at a higher rate of which we monitored the following during this week:

– As a part of the continual theft of agricultural crops belonging to Afrin’s indigenous population; and in a clear and explicit abuse of private property, the militants and some recruited persons are unfairly stealing the fig crop in most villages and suburbs of the region. Needless to say, that is a crystal clear plundering of the indigenous people’s sources of living.

The pressure being exerted by the Turkish occupation authorities on the indigenous inhabitants of Afrin will not be able to eliminate their determination and insistence on clinging to their land and defending it by various means, nor will it be able to oblige them give up their tireless endeavor to end the occupation and expel the Turkish forces behind the international borders and end the presence of militias, with the forcibly displaced population of the region returning to their homes. 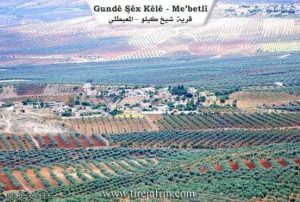 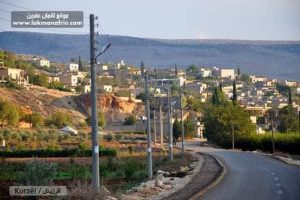